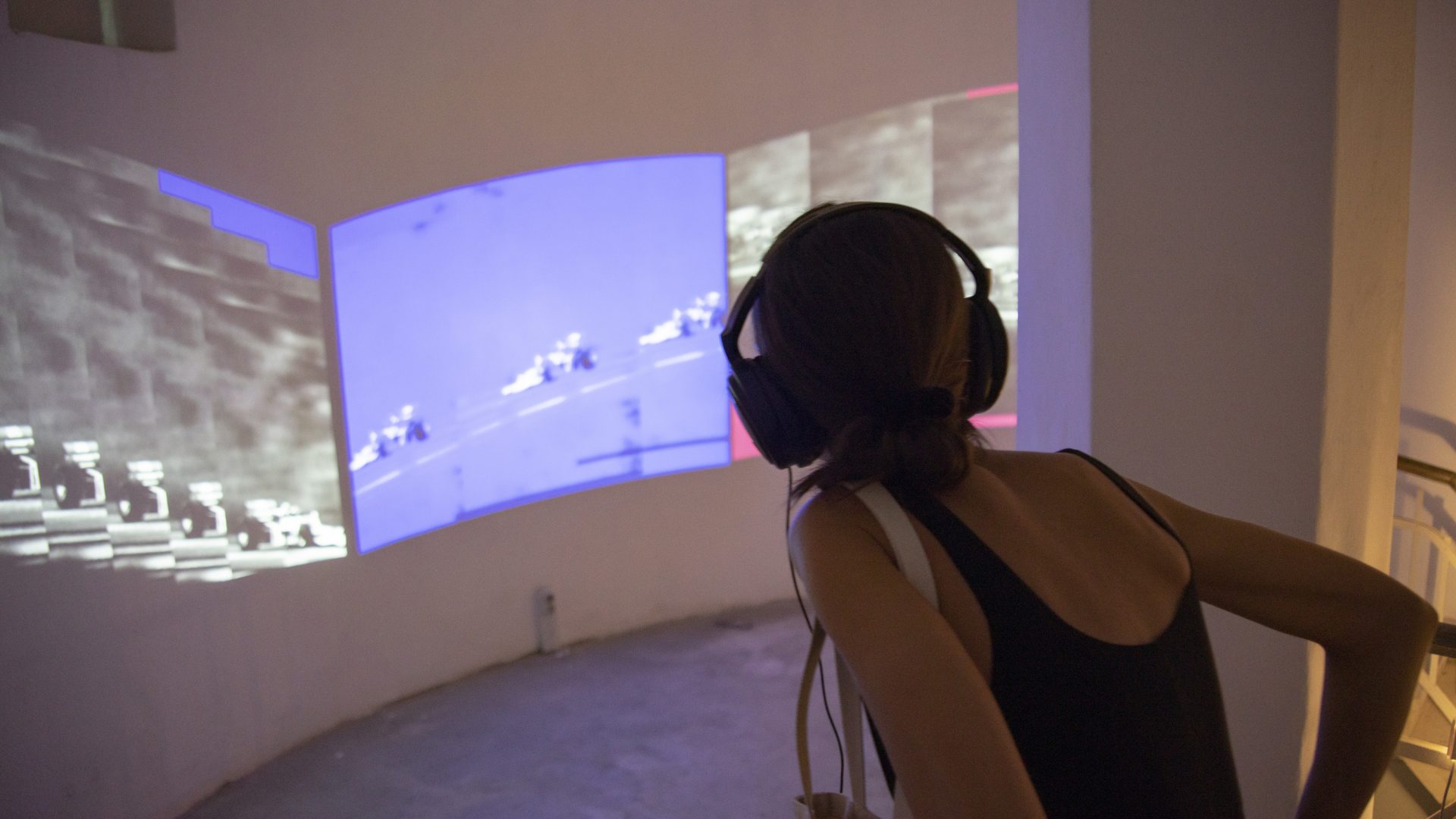 In her text Magic and Politics: Conspirituality and COVID-19, Giovanna Parmigiani, distinguishes conspiratorial belief from belief in conspiracies and argues that conspiratorial belief could be understood as an artistic and aesthetic practice[i].  She is writing of a community – not looking only for visibility but, rather, wants to be fully acknowledged, recognized, and legitimized in their “participatory” or “magical” way of inhabiting the modern world.

Deliberately or not, the project Voices оf Stories and Ghosts by Katharina Swoboda and Kamen Stoyanov gives the impression that it appears at the right moment – to artistically formulate this magical and somehow irrational understanding of the present. It is largely based on works that seem to play with beliefs, personal rituals and mythologies – which today can easily be seen in the context of post-Covid-19-post-New Age beliefs.

However, all the works come from different, very real facts, circumstances, personalities, social or historical processes. The videos and photographs, placed in the context of the Water Tower’s spaces, acquire an even more extraordinary significance and there is no need to mention the symbolic meaning of the “tower” in the Western cultural symbolism. This “pretentious” space, with all the freedom it gives to the viewer’s imagination and cultural memory, enters into a direct dialogue with the works by the two artists. And these works definitely require an active intellectual interaction. It is because all the films are based on incredible facts that have been developed through the original narrative and cinematographic solutions. Their perception requires the audience to be prepared in advance and to engage in unforced dialogue.

Whether we meet the unpredictable spirit of Manuel Alvarez Bravo on the streets of Mexico City, (Phantom by Kamen Stoyanov) or we fall into the story of Leila Lombardi (interpreted by Katharina Swoboda in her installation Leila). Whether we are impressed by the modernism of the pool designed by Lubetkin, but at the same time we look where the missing penguins are in its emptiness (Penguin Pool by Swoboda) or we find ourselves in a seemingly absurdly empty and desolate hotel on the Black Sea coast where we become part of a surreal action (Up and Trough by Stoyanov).

In another “magical” moment, we immerse ourselves into the romantic and at the same time terribly monotonous and dystopian visuality of everyday pre-pandemic life in order to compress the emotion into a single frame of departure, liberation and salvation – as it is in the short film Along Periférico (a collaborative work by both artists). An imaginary salvation in a water tower whose steps are curved in a spiral, and the end of the spiral remains invisible, somewhere in the semi-darkness…

It is important to note that not all works in the Voices оf Stories and Ghosts project were created during the pandemic, but arranged together they somehow all contain within themselves this specific magic – as a result of our desire to explain the phenomenology of isolation and self-isolation. And at this point we are no longer talking about any pandemic isolations but about the deliberately distanced artistic point of view that the authors apply in order to process our present.

[i] Giovanna Parmigiani, Magic and Politics: Conspirituality and COVID-19, Journal of the American Academy of Religion, Volume 89, Issue 2, June 2021