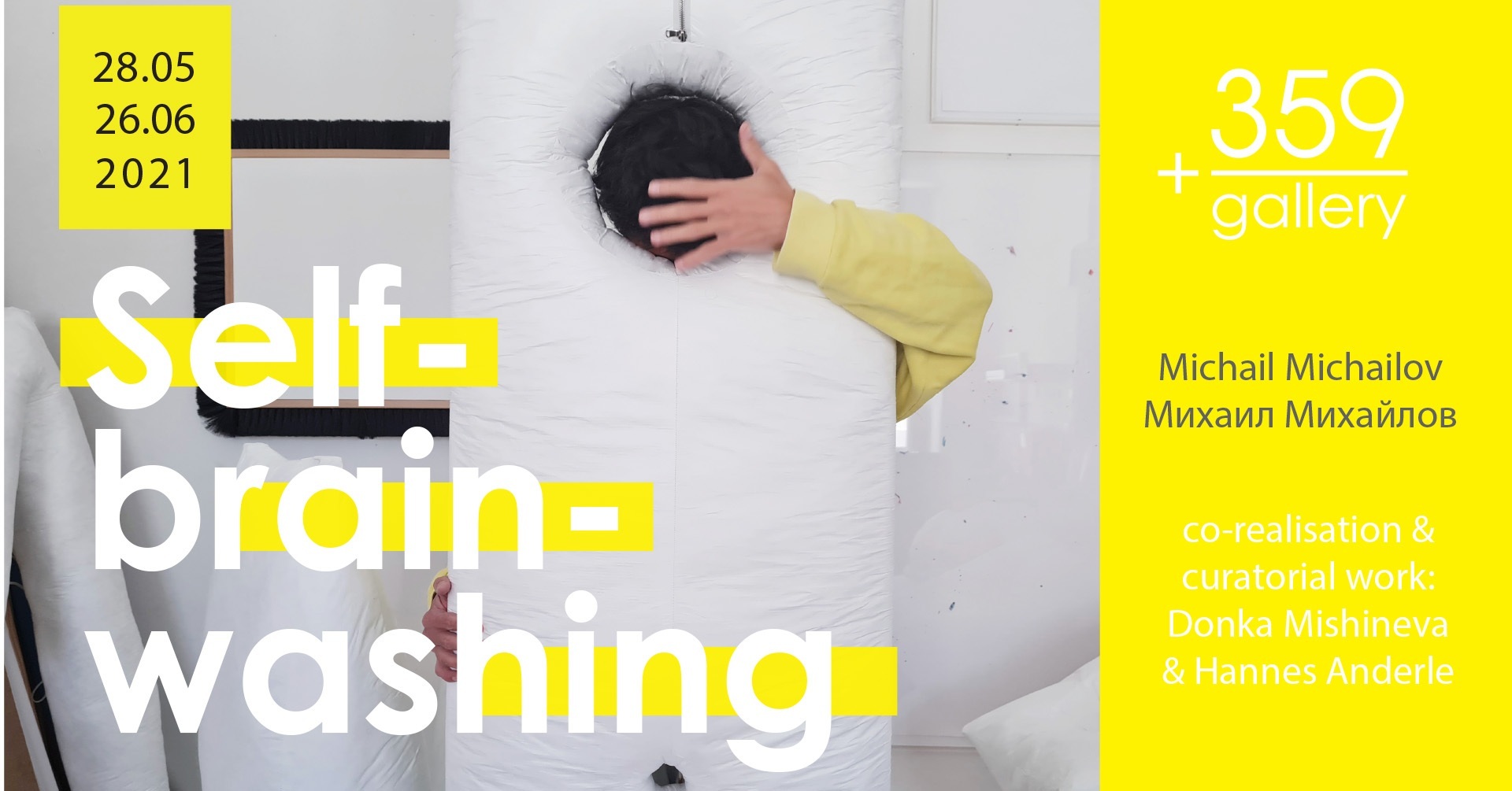 Michail Michailov uses various artistic media such as drawing, installation, performance and video. His work is situational and he chooses the medium so that it is best suited to the situation. In his approach he playfully deals with his own “self” or “I” in relation to environment, surroundings and situation. Success and failure, self-discovery and self-doubt, the pursuit of happiness, overcoming limits are recurring themes. He takes up various cultural phenomena which influences human behavior and questions a society striving for perfection. In doing so, he uses his personality as a metaphor for existence, the ego, and the pursuit of individual self-realization in a globalized society.

Michail Michailov tries to get a little closer to the manipulation of our own perception. Only our subjective perception is certain to us, knowing that it is subject to manipulation of our own experience. Among other things, new works were developed for the exhibition, which ironically seduce our own mind into new worlds. The symbolism of the water tower serves as the source of being. Without water there is no life. At the same time, the tower is considered a symbol of fertility.” Life must flow. Water that does not flow covers itself with foam and rots (Alphonse de Lamartine). This symbolism is played on by means of Michailov’s artistic strategies and is ultimately intended to make the viewer think about the extent to which one’s own perception is based on a permanent illusion that bursts again and again like foam bubbles.

In this exhibition, as in many of Michailov’s works, the colour white has an essential meaning:

“I use the colour in relation to the question of who I am and who or what I am not, or whether I am everything that surrounds me or none of the above. I am fascinated by the undescribed, the pure, the undefined. Similar to a fresh snowy landscape that has no trace yet. The unimportant, the unconscious is thereby given meaning.”(Michailov)

For the exhibition “Self-brainwashing” new white objects were developed from white protective suits. Michailov has been using these for many years in a performative way to leave as few traces as possible in given structures. In his search of who we are and what we are not, he now transforms them into new “therapy sculptures”, which are intended to break open habitual thought structures. Thus, among other things, discarded found objects from the street, things that you actually do not like anymore, were softly bedded in absorbent cotton and newly papered with a protective suit. This not only gives these things a new appreciation, even the hidden, no longer wanted gets new meaning and experiences can change. But at the same time this meaning is not yet defined. The newly created forms are subject to our own self-brainwashing. Not knowing what is hidden behind the sheathing, the viewer can give them a completely new perspective. New constructions and connections and even the unimaginable can be made possible.

In addition you will find parts of Michailov´s series “Pedestal”. White pedestals, exhibition spaces and exhibition platforms are transformed with brushes and brooms into futuristic cleaning objects, whose exact function must first be found. The concept implies that the white object, which, as in the White Cube, is usually supposed to help the art object achieve a neutral effect, itself becomes an object that removes things. It thus conceptually has the opposite effect to its original use. A contradiction that can be found in philosophical explanatory terms such as “round squares” is expressed artistically. The white classical pedestal virtually implodes in its meaning through a simple additional gesture.

As an artistic manipulation of space, there are also isolated drawings from the series “dust to dust” and “heaven panels”. Dust, hairs and stains as well as useless plastic parts and mold, all things that accumulate by themselves in Michailov’s studio unobtrusively blend into the water tower. Things that we would rather not see and normally prefer to dispose of or hide are also enhanced and deliberately brought into the light in these works.

In Michailov’s “Self-brainwashing” it is left up to the viewer to decide how clean the own brain leaves the washing tower. 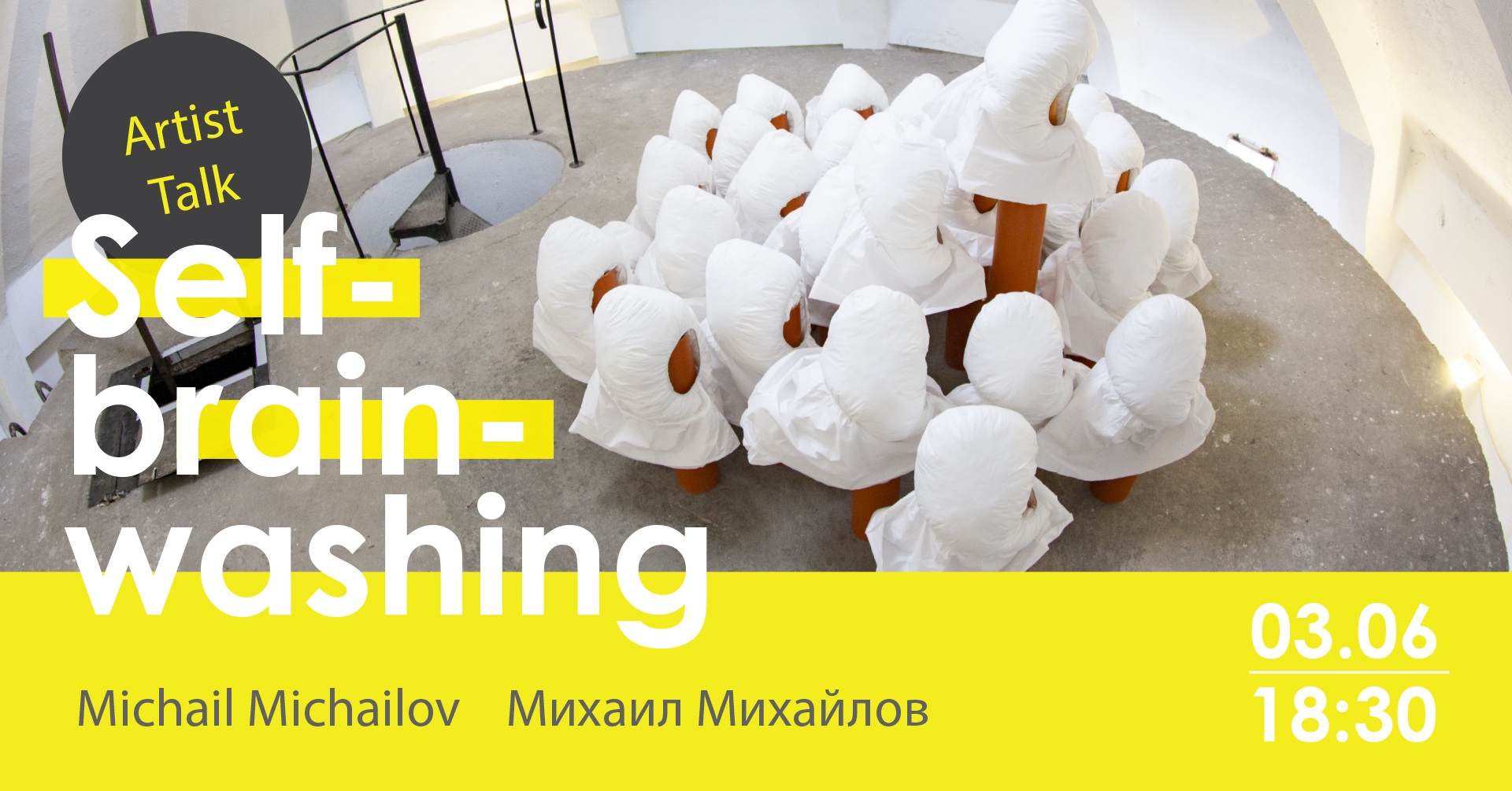 Visit us this Thursday from 18:30 at @plus359gallery for artist talk with Michail Michailov and tour around the exhibition “Self-brainwashing”