On March 13, 2020, a state of exception was stated in Bulgaria, as in many countries around the world, in connection with the declared pandemic of  Covid 19 virus. The subsequent social isolation stopped not only the normal rhythm of life for every citizen from the affected countries, it rescheduled all over the world under completely new rules of conduct in the public arena unforseen for us all. Unexpectedly, we found ourselves in a situation of an unfamiliar form of government, which, according to Giorgio Agamben’s definition, “is no one’s land between public law and political fact, and between law and order.” In his book Homo Sacer 2: The State of Exception  Agamben explores this “temporary and extraordinary” measure of emergency management from the time of the Roman Empire to the present day. At the heart of this analysis is Agamben’s observation that such a government technique is “increasingly presented as the dominant paradigm of government in the contemporary politics”, and threatens to radically transform the structure and meaning of the traditional distinction between the constitutionally established forms of power (legislative, executive, judiciary). Or, as Agamben describes it, “the state of exception“ is “the threshold between democracy and absolutism.” In this sense, he examines the difference between the political and the legal, and between the law and the living being, while trying to answer a fundamental question for our time: What does it mean to act politically?

The #stateofexception project launches on April 5, 2020 with an online exhibition hosted by +359 Gallery www.plus359gallery.com and Art Project Depot association www.artprojectdepot.com,  in partnership with KX – Critique & Humanism Publishing House www.kx-publishing.org. Our goal was to start a discussion on the state of exception involving contemporary visual artists, publishers, philosophers and cultural scientists. The exhibition is a constant dialogue between the artists, the artistic platforms on which the event takes place and the publishing house, which adds book quotes from books, published by Critique & Humanis, to the works prepared by the artists for the project.

The exhibition was attended by 15 artists from Bulgaria, Germany, Turkey, the Netherlands, France, Italy and Israel. The #stateofexception focus not only on the social isolation in which the whole world suddenly found itself. The artists in the exhibition discussed various aspects of crises in modern society – the consequences of technological development, social, political, psychological problems related to the survival and realization of artists in the modern world, postcolonial heritage and the state of environmental policies globally.

Through this dialogue, we hope to focus public attention on fundamental values, established in the development of human history, that help us to be human individuals, for whom no less care should be taken than the care we take for our simple biological survival.

Native Americans have a 200-year-old prophecy: According to the prophecy...

„ ‘Ecce’ translates the Hebrew word ‘hinne’. In the version...

„‘Charisma’ – as its reference to Paul’s kharis [grace] could...

Do desperate times call for desperate measures? Over the last... 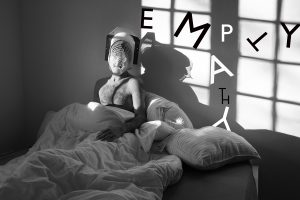 „Anxiety is not newly created in repression; it is reproduced... 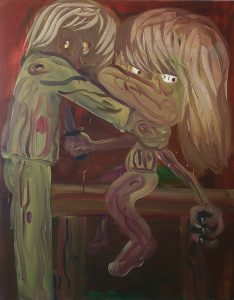 +359 Gallery, Art Project Depot,  in partnership with KX – Critique & Humanism Publishing House.  They will add comments in the form of quotations from books they have published to the images prepared by the artists for the project.

We wish all art people to be healthy and respect social exclusion in order to protect not only themselves but also everyone around them, as well as to overcome the difficulties via creativity!