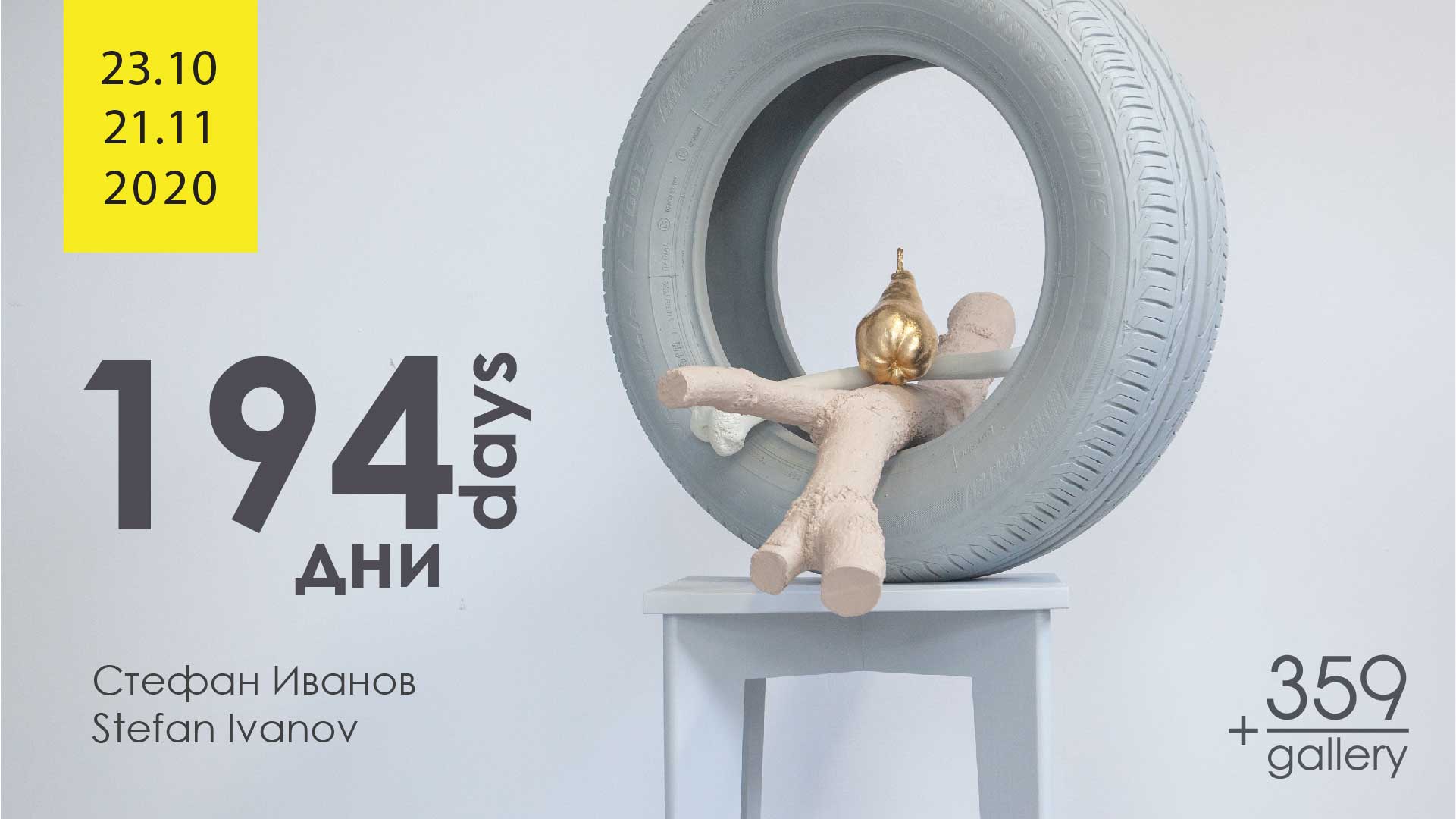 Stefan Ivanov’s project for the space of the Water Tower in Lozenets explores the new reality of images. The balance of the objects in strange vertical structures and panels builds the architecture of modern totems, composed of artificial and natural elements. Some of them are part of personal stories, and in the extended context of the compositions, they are combined with items taken directly from the artist’s studio. The combination of clearly recognizable, collected from human life, items in enigmatic assemblages, discusses the classical notion of sculpture as placing certain values, personalities, historical events, etc. on a pedestal. The sculptures of Stefan Ivanov have no pedestals. They look like strangely balanced images of everyday life, capturing a specific moment of unfinished action, and the drawings to them document the research approach associated with this action. Their aggregate visually describes the human habitat as a synthesis of objects that appeared as a result of industrialization and technical progress and natural flora and fauna. At the heart of this ecosystem is man who, according to Erich Fromm, does not control but he himself falls under the control of the products he produces. Everything that should attract the attention of the consumer in a world moving forward to consume and provide conditions for the production of new products shines in a cheerful colour. Gold and silver – a symbol of stable, market-fixed values seal images in the mind. In Simulacra and Simulation /1981/ Jean Baudrillard diagnoses contemporary culture, which “is a spectacular reality, creating luxury semi-finished goods, embodying a single passion: the passion for the image and the desire inherent in the images … In this space of total simulation there are no boundaries between the real and the imaginary, reality passes into hyper reality, characterized by the domination of the simulacra and the replacement of the real with signs of the real”.

These ideas can be recognized in the decentralized system of images with which Stefan Ivanov works. At first glance, the elements of his sculptures look like well-cleaned, polished and painted ready-made objects. In fact, most of them are carefully modelled and artificially created by the artist who makes them from various materials. Barrels, toys, fire extinguishers, fish, clothes, fruit, furniture, car tires, branches coloured in pink, blue, red, various shades of green, or metal-imitating paints, mix the living and non-living in a homogeneous mass of products. The equal representation of industrially produced items together with items created in the sculptor’s studio explores the invisible processes in the appearance of shapes. Their type, colour and order of arrangement are the result of the artist’s personal observations and feelings about the irrationality of human nature, which causes more and more global negative changes in our living environment. The only objects that undergo natural changes in the perfect artificial world of ‘totems’ are those made of wood that ages under stress and cracks smooth surfaces. Playing various micro-stories with the images of recognizable, sometimes even banal items, Stefan Ivanov illustrates Baudrillard’s idea that simulacra are in fact imitations of the non-existent. For such a visual interpretation, the shapes painted grey proved to be key – a neutral colour obtained by mixing white and black. Grey items sink into the uncertainty between black and white – a territory in which the obviousness of the visible is called into question. The alchemy of this process has long been part of the work of Stefan Ivanov and was synthesized by observations on the nature of what surrounds us. The visual language, at the heart of his latest project, is structured with the help of images from trivial everyday life and gives rise to meanings and associations with a wide range of topics and problems. Their concentration causes alarming sense of crisis in the search for meaning and stable benchmarks of values in the modern world.

A simulacrum (plural: simulacra from Latin: simulacrum, which means “likeness, similarity”) as a word was first recorded in the English language in the late 16th century, used to describe a representation, such as a statue or a painting. By the late 19th century, it had gathered a secondary association of inferiority: an image without the substance or qualities of the original …/Wikipedia/