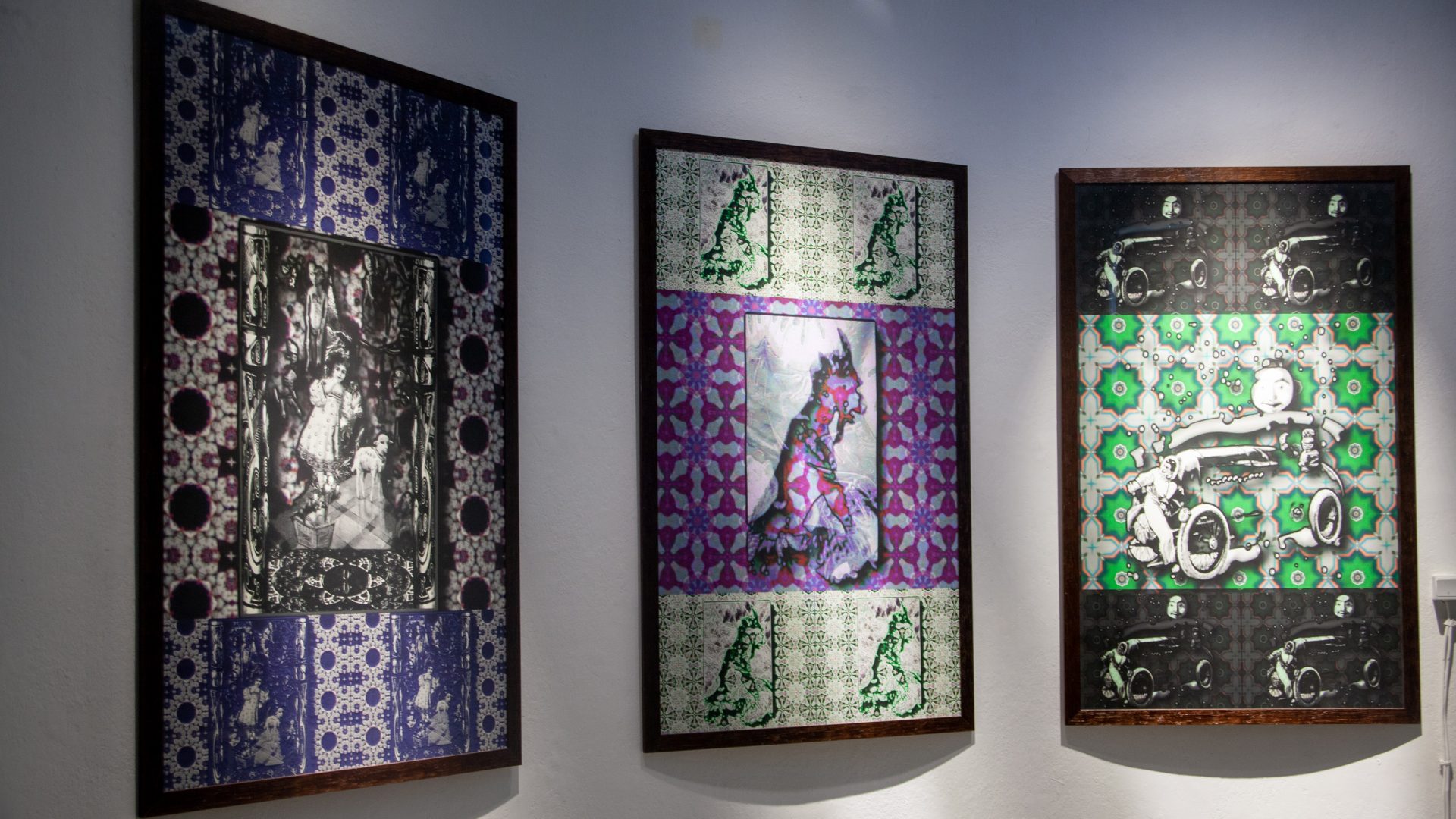 In his almost 30 years of practice as a visual artist, Georgi Ruzhev has established a clearly recognizable territory of images that do not describe the world, but recreate it. The eclectic game with images borrowed from different epochs, traditions, lifestyles, religions, social, and cultural hierarchies remind of the principles that are the foundation of classical Kunstkammer or Wunderkammer that emerged in the 15th century. These are remarkable collections of specimens of natural history, mysterious objects, fossils and works of art whose owners have arranged and stored them in special rooms. By selecting objects and mixing exotic objects, strange antiques, amazing, sometimes false, remains of living creatures, these collections try to construct a fantastic story about unknown lands and peoples in times when it was impossible to compose a general picture of the world.

Unlike these anonymous and frozen within their time collections, which are the precursors of today’s museums, the demiurge of the kaleidoscopic avalanche of images is invariably present in the Kunstkammer of Georgi Ruzhev. And their architecture and dynamics have captured not just certain surreal moments of stories, but the whole stories, and immerse us in a world both familiar and unknown, piece of some parallel existence. An important part of Georgi Ruzhev’s work is focused on the music he composes for each of his projects. It was created with the help of old synthesizers and musical instruments, and for the videos was used out of production analog equipment. This specific approach to building a complete performative environment, composed of sound and image, has been characteristic of Ruzhev since the mid-90s, when his work was quite innovative for the Bulgarian art scene. In each exhibition, the artist’s face appears in a variety of story lines, but his image is not constant – he is embodied in personalities from different social, religious and political fields that have generated today’s pop cultural icons. This act does not become part of the discussion related to the crisis of self-identification of modern individual, but is simply a statement that the artist has the privilege to be the one that he himself decides. The dissection of the visible in Georgi Ruzhev’s latest project does not attempt to find the ‘truth’ about the world – it outlines the parameters of the impossibility of constituting this ‘truth’. The symbolic existence of the Self in pre-staged situations, irrelevant to a particular historical moment or geographical point, is situated in an amalgam of irony and self-irony, on the border between the conscious and unconscious and does not create universal formulas for decoding the obvious. Because the understanding of the world is somewhere out there – between physical existence and the sensory perception of this existence, burdened by educational, cultural and political models. ” A temple less sweet ” creates a dimension where these models have no place, and the stories have no beginning and no end and develop unlimited in space and time.