Transnational Monuments: In search for a Universal Sacredness 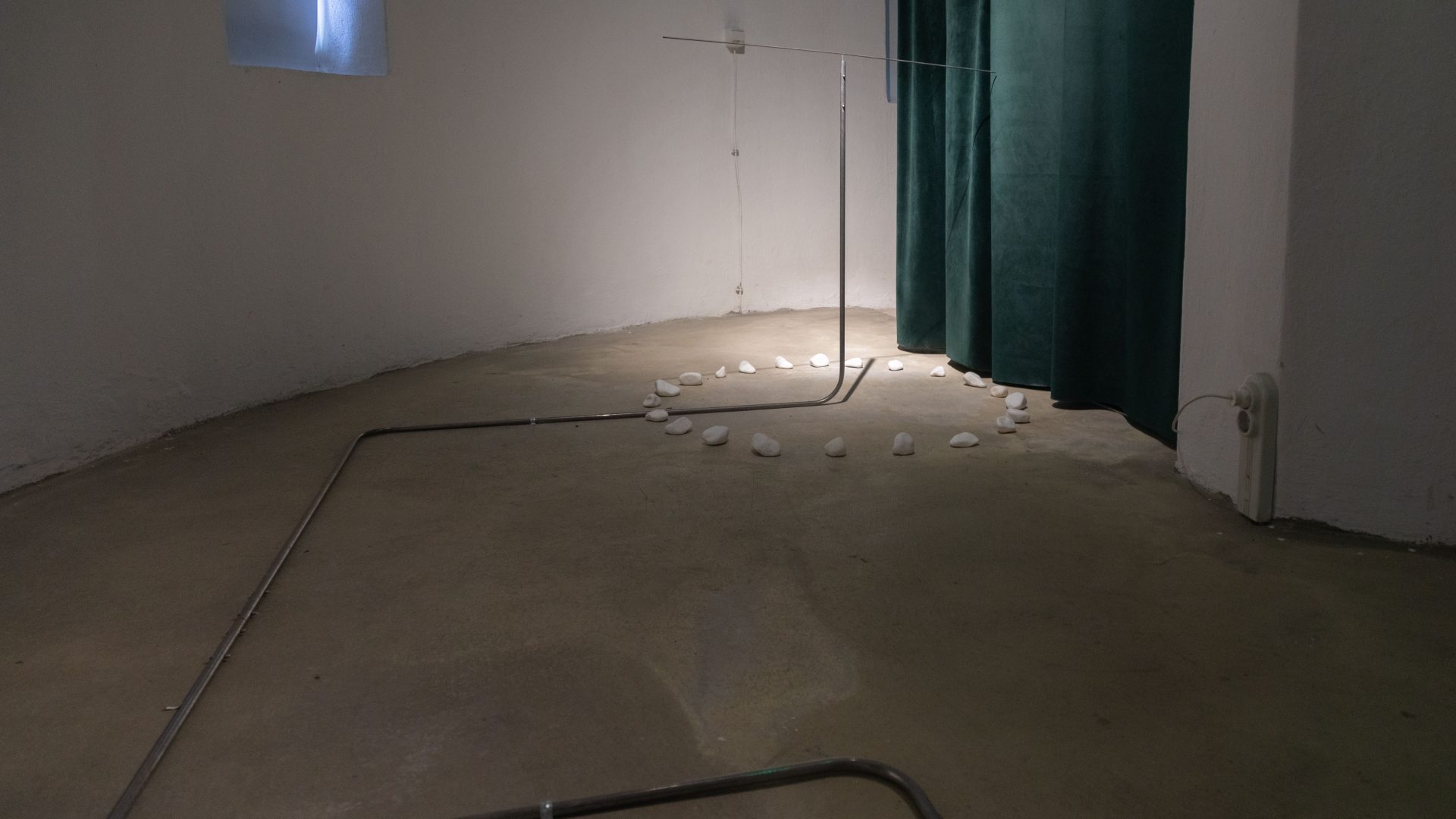 Transnational Monuments: In search for a Universal Sacredness
An Exhibition by Cédric Van Parys | Office CCXD

People only know where one country ends and another begins because people have said it is so. The land doesn’t know. The land probably doesn’t care…
Emma Wolukau-Wanambwa, Promised Lands

Taking a microhistorical approach and focusing on the Bulgarian-Turkish borderland, a place of both enormous national political tension and a connecting membrane between Europe and Asia, Christianity and Islam, Van Parys | Office CCXD posed the question — how can we re-imagine and transform the idea and concept of the ‘monument’, from an often hypocritical symbol of nationalism to an inclusive space and infrastructure for contemplation?

“Cheshma” (Bulgarian) or “Çesme” (Turkish) can be found in the fields, forests, villages, and as sanctuaries along the roads on either side of the Bulgarian-Turkish border in equal density, always negotiating a careful relationship with the landscape. Building Cheshmi is a communal and sacred tradition that has diasporic roots. Apart from being functional, drinking water fountains have always been mystical places and as communal architectural works, they do not impose (political) power from above, but rather concentrate collective power from those who sur­round them. As such, they do not only offer a public service for humans and non-humans but also provide a neutral space for contemplation, gathering, and ritual and are therefore import­ant symbols of cultural memory.

Having mapped and documented more than one hundred drinking fountains across the border, it inevitably became a project about water. Water ignores the borders we have invented, providing a source of life wherever it flows. The Koran states: “We made from water every living thing” and “да върви по вода” (good luck will flow your way) is a Bulgarian saying from folklore that can be traced back to the ancient Thracians who inhabited these lands. Their megalithic monuments, still present in the landscape, are oriented towards the sky and were highly dependent on water to perform cosmological rituals, encouraging a sense of community. Surprisingly similar in shape, atmosphere, materiality, and use of landscape, the Cheshma is both a mystical contemporary Bulgarian-Turkish phenomenon and can be considered one of the most inclusive, social, and international monuments of our time.

These final works or “infrastructures” investigate what a future monument could be by distilling the Cheshma to its most essential elements: the equilibrium between natural forces — such as gravity — and human intervention.

A project as Artist in Residency at the +359 Gallery in Sofia, Bulgaria.
Supported by CBK Rotterdam.

Office CCXD (Context/Concept/Exploration/Development) is a Rotterdam and Sofia-based practice operating at the intersection of architecture and the visual arts. Led by Cédric Van Parys, the studio’s work is based on analytical research and concerned with the relation between monuments, public space, symbols, rituals and aesthetics. Drawing inspiration from (architectural) history, archival research and natural science, Cédric Van Parys | Office CCXD aims to foster curiosity about the world we have made and inhabit and how this relates to the planet, the cosmos and beyond.